Telepoem booths read poetry to listeners in poet's own voice

Listeners are being invited to open a decommissioned phone booth's folding doors, pick up the receiver, and dial a poem's phone number.

In 2016, Elizabeth Hellstern and her partner Owen Fritts were driving along a road in their home of Arizona when a thought came to her: what if they took an old rotary phone booth and when people picked the receiver up, it had poetry on the other end? She tracked down her first vintage "lost object" of a telephone booth, making that thought a reality.

"It is really an interactive art piece that requires some energy and some engagement from the user," Hellstern says. "You dial it. A lot of the telephone booths are a rotary phone so you have to maybe learn how to use a rotary phone."

With Fritts fabricating the Telepoem booths, Hellstern has been able to put up more than a dozen permanent and temporary installations in Las Vegas, the home community of Penn State University's main campus, Santa Fe, and more.

"People just walk by and say 'oh my gosh! There is a phone booth here' and don't really even see the word poem."

"The majority of the poetry is written by poets that are not necessarily well known," she says.

The poems chosen are unique to each region with their own interests. Hellstern says in Iowa, poems about the land are common while in Santa Fe, they are often political.

The highly-interactive booth brought forward memories for each poet. Hellstern found that when she asked poets to do the readings, they often had memories about telephone booths resurface.

"One of the offshoots of this project is people want to talk about 'oh I remember this telephone booth saved me life,' 'I had to make a phone call it was so late,' 'I was on the road,' 'I was stuck at a train station.' All these really interesting memories have surfaced."

After putting these essays in a book, she can now turn to her most beloved poets and experience those memories with them. 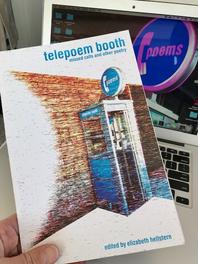 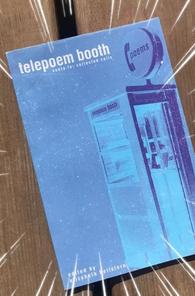 Poll suggests some Canadians are feeling brighter about the economy, own finances

Canadians in the dark about how their data is collected and used, report finds

Prince Charles nods to 'darker' past, need for reconciliation as Canadian tour begins

Water levels dropping on some lakes in the Whiteshell

Winnipeg Pops Orchestra back in concert!